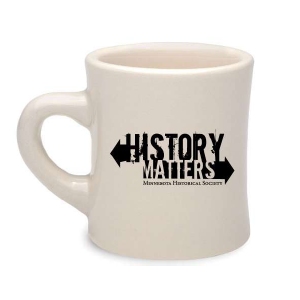 A friend of mine (we’ve met face to face once in Jerusalem, he lives in Holland) is in a place I have been before. I once blogged about it and my terms were not as stark as his. But I also got a lot of emails from friends asking if I was okay. My blog about doubts is here. My friend’s blog about his doubts is here.

There are a number of challenges to a person who makes serious inquiry about the nature of life, God, reality, and so on. Here, not necessarily in organized fashion, are a few:

(1) We have so much information, most of it is meaningless. Every idea and philosophy has sort of equal footing in a world where we can so easily read the opinions of a thousand different people. Without a keen eye for philosophy we may not see that comparing the thought of individual A is apples to the thought of individual B, which is oranges, because they operate from different assumptions.

(2) Knowledge means less in a world where it is so cheaply gained. We think less about what we know because we can know so many dissociated factoids. Since the cost of obtaining knowledge has gone down so much, we appropriate it without enough thought and digestion.

(3) Certainty in religion was made easier when we could stereotype those of other religions. Christians believe in cheap grace. Jews think they have to earn God’s love. Buddhists are superstitious and gullible. Muslims are violent. Atheists are angry and have father issues. Don’t be offended by these stereotypes. I’m saying they are wrong. The point is, we live in a world where we get to meet Buddhists who speak our language. And they are not all as we stereotyped them. And we can’t easily imagine God being angry with them.

(4) This point will offend, but too bad. Serious inquiry is difficult when, for the most part, the writers, speakers, and religious leaders who believe tend to operate on high school level of rhetoric and academic research while the skeptics often operate in the higher levels of academic credibility. Christianity is notorious for encouraging all pastors to use alliterated sermons and thump the pulpit. Meanwhile, the critics have PhD’s.

Bart Ehrman Syndrome
Sorry to pick on Bart Ehrman, but again, too bad. If you don’t know him, google him or check him on amazon.

Bart Ehrman is a person with much knowledge and little ability to think. His books sell hundreds of thousands.

A typical Bart Ehrman argument goes like this:
–A. John’s gospel says the Temple cleansing happened early in his career.
–B Matthew, Mark, and Luke say it happened right before he died.
–C. We can know nothing about the historical Jesus and Christianity is a baseless myth!

Okay, I’m being slightly unfair, but the operative word is slightly.

The Bart Ehrman syndrome involves combining fundamentalist epistemology (philosophy of how we know) with honest research (knowing the facts as they are and not as they would be in a fantasy world where every fundamentalist belief is confirmed by falsifiable evidence of the highest order).

What do I mean by fundamentalist epistemology? Maybe you’ve heard it in a sermon before: “If any part of this Bible can be doubted in the slightest then the whole thing should be thrown away!” It is an epistemology of black and white, dictated revelation, with a standard of evidence similar to a logical positivist (truth must be verifiable by testing and if something cannot possibly be falsified it cannot be believed).

I don’t live in a world like that. I cannot verify my own existence (a major problem for positivism). I cannot trust my brain (if I admit that my brain may be a random collection of molecules, then what basis is there for trusting my thoughts at all?). I’d rather not take the time to develop the thousand worthy reasons to doubt that I exist. Just watch The Matrix and think about it.

A Critical Realist Approach
I commend N.T. Wright here, especially his The New Testament and the People of God. I’ve read a few explanations of critical realism, a way of looking at knowledge that suits well our age of postmodern angst, but I’ve found Wright’s to be most excellent.

There are a few realizations that will help us think about how we know what in the world is going on with the world.

(1) We live in a story made up of many stories. Our thoughts primarily are story-based.

(2) We could choose to disbelieve all the stories, but we find that some of them explain experience better than others and cohere in ways that seem valid.

(3) We should hedge our bet by following the stories that best explain reality and that best cohere, admitting that all knowledge is tentative, but not all knowledge is equally tentative. Sure, it all may be a dream or a scenario concocted by a race of super-intelligent machines, but believing that won’t help us get along in our story, now will it.

Yeshua, the Story that Explains It All
I’m going to be brief. Please don’t confuse brevity with lack of evidence. If you find this explanation compelling, great. If not, try looking elsewhere. But there is a story. You’re in it. And it makes sense that the characters might discover something about the author of the story, about the trajectory of the plot, and about the world the story takes place in.

Our world history is inordinately affected by the history and thought of one people, the Jewish people. Though small in number, a surprising number of human institutions operate on Jewish principles (the calendar is the best example). Over half of the world’s population accept a Jewish idea which was once a rarity: monotheism. We might wonder if there is something about Israel’s story that is a key to understanding our story.

Our world history is also inordinately affected by the life and ideas of one man, Jesus, or Yeshua as he was known in his time and place. Though he died young and did not do anything on a world scale in his lifetime, Yeshua sent out a small group of ironically powerless followers whose ideas changed the world.

In order to write off or dismiss the notion that Israel and Yeshua are somehow central to the human story, you have to decide that the story of humanity is meaningless. That is possibly true. But it is not certainly true.

What if you open yourself to the idea that the Jewish people and the one Jewish man, Yeshua, are central to the meaning of life?

Well, then you have to confront the issue of the resurrection of Yeshua and the grand story of a coming resurrection in which the world will at last be as it was meant to be, as our best imaginations can conceive of it. Are our dreams of a better world wrong, hopeless, inane fantasies destined to be smashed by the utter meaninglessness of it all. Believe that if you will. But ask yourself: why do we all have the same dream? Why does justice, the absence of evil, the perpetuation of love, and the realization of satisfaction appear in all of our dreams, story worlds, and even our daily complaints about life as it is now?

There are other stories offered to explain our dreams, the desire for a world of good and not evil. We should look into them as well. But are they as compelling as the Jewish-Yeshua story?

And if we choose another story besides the Jewish-Yeshua story, what are we choosing to ignore? How do we explain it? What narrative is better for explaining it? Can we afford to ignore the battle with death which Yeshua and Yeshua alone has won?

We may not have the kind of positivistic certainty that some people want. Without being able to verify or falsify the raising of Yeshua from the grave, some people will assume it is a silly story. Some will be put off by churches that tell them God will punish them forever if they do not come to the correct intellectual conclusion.

But maybe it doesn’t matter so much for reasons of bliss and suffering in the afterlife. Maybe it matters for right now, how we live, feel, and think in this present age. We can leave a great mystery to the final destiny of people and God’s judgment. But what about right now? What story is going to best explain life now and leave a realistic hope for the future?

As the disciples said to Yeshua, “Where else can we go? You have the words of life.”

3 Responses to Yeshua and Faith