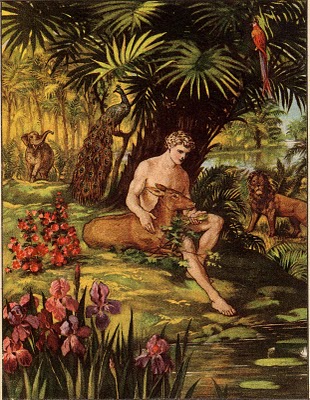 A way of living with constant awareness of God’s presence which is derived from the Hebrew Bible, is taught in Hasidic Jewish writings, and which works together with the traditional practices of godliness.

The importance of the concept of devekut is in preventing a sort of dry obedience and of seeing the deeper, divine elements of practices which could otherwise be routine.

“Our usual (and false) religious attitude is that we do something ‘religious’ — study Torah, pray, whatever — and then we forget about God.” -Yitzhak Buxbaum, Jewish Spiritual Practices.

Examples of Devekut in the Hebrew Bible

Ta’avod uvo tidbak – you shall serve him and cleave to him. -Deuteronomy 10:20

Examples of Devekut in the Fourth Gospel
The Fourth Gospel is written from a more mystical perspective than the synoptics (see Raymond Brown, An Introduction to the Gospel of John). Many of Yeshua’s sayings escaped the notice of some of the witnesses but were remembered and emphasized by the Beloved Disciple (and many think the Fourth Gospel also has later layers, in which disciples of the Beloved Disciple expanded a smaller original). The following examples demonstrate a mystical, continuing connection between a disciple and God, which we should read as literally as possible. Some of these examples show that Yeshua also had such a connection with the Father.

The wind blows where it wills, and you hear the sound of it, but you do not know whence it comes or whither it goes; so it is with every one who is born of the Spirit. -John 3:8

the Son can do nothing of his own accord, but only what he sees the Father doing; for whatever he does, that the Son does likewise. -John 5:19

He who believes in me, as the scripture has said,