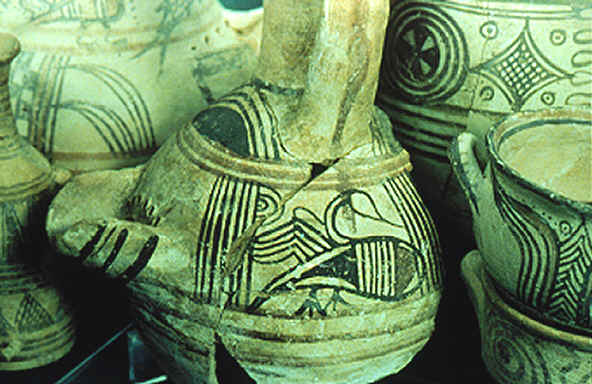 In the November/December issue of Biblical Archaeology Review (a magazine I encourage you to subscribe to and read), Avraham Faust writes about evidence in the archaeological record for early Israel.

What is the big deal, some of you might ask, I thought the Bible showed us the origin of Israel and that is all we need.

I would say that finding history in stones and clay pots is important alongside the Bible for a number of reasons. Two in particular are helping people believe that the Biblical story is true and helping those who already believe in the Biblical story to understand in more depth what life was like and how the history unfolded. The Bible is a very incomplete account and the stones do help us flesh out the picture.

In recent years the world has been bombarded in mass media with skepticism. I wonder how many people are unwilling to seriously consider the Bible because of people like Israel Finkelstein or, worse, minimalists like Lemche, Davies, Thompson, and Whitelam, whose ideas make for good controversy on television documentaries about Israelite history.

Many people whose research will include only watching a special on the History Channel think that archaeology proves the Biblical story to be a legend with very little truth behind it.

A Pharaoh Writes About Israel
Avraham Faust, associate professor at Bar-Ilan University and author of Israel