The New Testament, Jews, and Torah 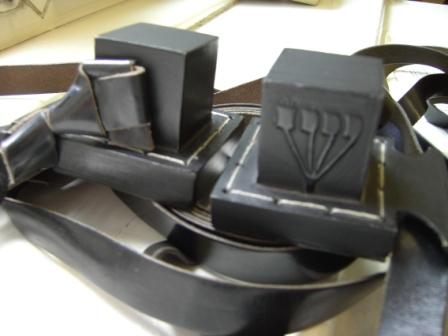 I got a question by email recently from a Jewish Christian who does not keep Torah and who has thus far believed that the New Testament and Christian theology indicate that when a Jew follows Christ, the Torah is no longer an obligation. I believe the inquirer is open and wants to hear other perspectives and revisit this issue.

There are Christians who need to revisit this issue in terms of their understanding of their Jewish friends whom they want to have the same faith they do. I hope more people will be haunted by the issue Mark Kinzer raised in Postmissionary Messianic Judaism: why should Christians ask Jews to say no to God in order to say yes to Jesus?

There are mainstream Jews who need to revisit this issue. Is it possible for a Jew to be Torah-faithful and follow Yeshua? Michael Wyschogrod certainly has said so in his books. He indicates that a Torah-faithful Jewish-Christianity (Messianic Judaism) is a reasonable position.

There are, sadly, people in Messianic synagogues where the leaders teach that Torah is an outmoded covenant. And they really need to revisit this issue.

I am including the bulk of my response to this inquirer below followed by some discussion questions. Let’s discuss it over the weekend.

Revisiting the New Testament About Jews and Torah
The first and most important thing about this: if you assume that Paul’s writing is intended to address the entire subject and is a sort of divine correction on what had been said earlier in the Bible, you will come out with a Law-Free position for Jews and non-Jews. But if you notice two things, you will question the orthodoxy of the Law-Free position:

(2) Paul was the apostle to non-Jews and his epistles are to non-Jews. The underlying issue in many of them is the insistence by some that non-Jews must convert in order to follow the Jewish Messiah. Paul’s rhetoric is about God accepting non-Jews as they are without conversion. Pauline scholarship in general is now almost universally agreed on this. The old idea that Paul was opposing a works-salvation like Pelagius or like the church selling indulgences in Luther’s time is a misreading of Paul. Judaism was not like medieval Catholicism.

(3) Acts 15 assumes that Jews do keep Torah in Yeshua and only debates non-Jews. It is hard to miss this one.

(4) Theologically, what are we saying about God if in one era he gives commandments and in the next era he says, “I gave something unfit for the highest expression of righteousness and now I rescind it”?

(5) The Torah claims to be a permanent covenant with Israel. What do we do about biblical authority if we say, “It doesn’t mean what it says”?

(6) Yeshua’s words in Matt 5:17-19 should not be explained away, as they have been in Christian commentary for millennia.

(7) The Law-Free statements in Paul are about a distortion of the gospel that Gentiles need conversion plus Yeshua, which is not true.

(8) There are thousands of other misunderstandings that have built up over the years. It takes time to reread the Bible is a unity and not as a discontinuity (“the NT overturns the OT”). For example, few note that the New Covenant (Jer 31:31ff) contains within it the commandments of the old (seen not only in Jer 31 but also in Ezek 36).

(9) Statements about the Age to Come in the prophets frequently contain reference to Israel and the nations keeping Torah.

If you believe in the ongoing necessity and beauty of Torah, think outside the box. What are the most compelling reasons people think the New Testament teaches otherwise?

If you do not believe in the ongoing necessity and beauty of Torah (for Jews), think outside the box. What are the most compelling reasons people think the New Testament teaches otherwise?

Which New Testament ideas, if you were honest, trouble you the most with regard to Torah?

Which of my arguments above appears strongest/weakest to you?

REMEMBER: The purpose of dialogue is not to win an argument or demonstrate your cleverness, but to learn and to share what may help others learn. Let’s discuss this with mutual respect.

4 Responses to The New Testament, Jews, and Torah