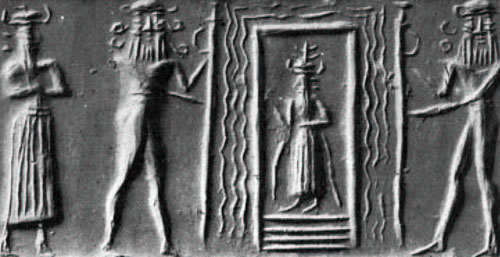 In Part 1, I presented the famous Sumerian/Babylonian/Assyrian flood story which passed down over more than a thousand years through Babylonian poets into the new Assyrian empire, where it has come to us through the results of archaeological exploration. As I said, this flood story is part of an epic which developed over time. And it is not the only flood story in Mesopotamia. Yet the other major example is really the same story, the Atrahasis Epic, told with a few different details. The Egyptians, for whom the annual floods of the Nile were the source of life, have a different flood tradition, as do India, Persia, and China.

The idea is at first disturbing: the Noah story in Genesis is related in some way to pre-existing Mesopotamian mythology?

It raises questions about how the Torah was written, especially the parts of Genesis that are before the patriarchs. Assuming, as I do, that Moses is largely the voice behind the Torah, how did he know about the creation story, the flood, the ancient genealogies, and the Babel story?

The simple assumption, and it is merely an assumption though many take it as a point of faith, is that God downloaded these stories into Moses

13 Responses to The Noah Story and Mesopotamian Myth, Pt 2