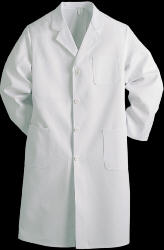 The first time I saw men beating their chests and prostrating themselves on Yom Kippur, I was scandalized. At the time I was in a Christian setting and I was used to an entirely different attitude towards sin and forgiveness. The messages I was hearing at the time were completely about the assurance of forgiveness. I was told, literally, that faith was like learning to float in a swimming pool. The key, they said, was to do nothing but relax and floating would come naturally.

In other words, I was told that forgiveness is automatic, a done-deal, accomplished in the past and our part is only to know the forgiveness we already have.

I can hear many people now ready to deny that this is a common stream in popular Christianity. I assure you it is not uncommon.

Moaning and wailing and beating chests asking for forgiveness appeared to me, at that time, to be the ineffectual attempts of men to save themselves. I wrote about my story in