Arab-Muslim Brutality and the Murder of Regev and Goldwasser 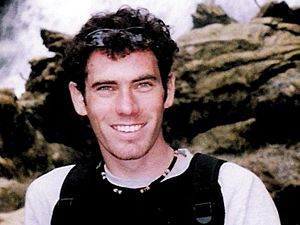 Eldad Regev, killed while a prisoner of war.

The difference between Israel and her Muslim neighbors is starkly revealed yet again today in Israel. The Israeli government agreed to a foolish prisoner swap as they have done many times before, releasing mass murderer Samir Kuntar to the Hizbullah in Lebanon. Meanwhile, the war crimes of Hizbullah once again go unpunished. 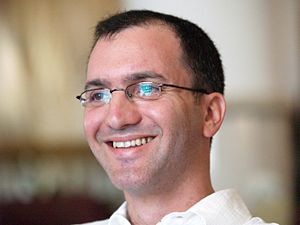 Ehud Goldwasser, killed while a prisoner of war.

To understand this story, you have to know that the war with Lebanon was provoked by the abduction of Israeli soldiers, including Ehud Goldwasser and Eldad Regev, in July 2006. These soldiers were captured alive. International law dictates that prisoners of war should be kept alive and treated with basic human rights.

As of today, the families of Goldwasser and Regev were hoping to get their sons back, but certainly pessimistic about them being alive. Sure enough, when the time for the prisoner swap happened, the democratic state of Israel, which is constantly under fire for being too violent, returned the murderer Samir Kuntar alive. But Hizbullah returned two coffins with the mutilated bodies of their prisoners of war. The Goldwasser and Regev families are confirmed in their bereavement today.

And the Israeli government agreed to this prisoner swap, demonstrating a remarkable lack of will and common sense.

The liberal myth of potential peace with Islam takes yet another blow. Yet, as has been the case before, the truth will likely have no impact on world opinion. The world will still be talking about the aggression of Israel.

But a live murderer and two dead prisoners of war should tell us the real story.

This entry was posted in Islam and the West, Messianic Jewish, News. Bookmark the permalink.