On Keeping Your Mouth Shut and Saving a Life 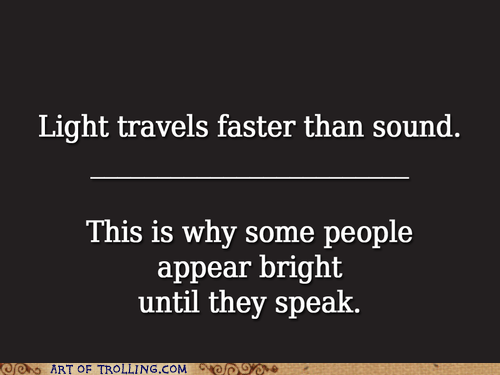 Recently I ran across an article, actually a blog posting, published in a popular Christian venue, in which the author, a Messianic leader in Israel, proceeded to discount the validity of the Jewish claim of a divinely authoritative Oral Law. (To read the article, see here).

Now, I am not going to argue point by point with the author of the article. Nor do I wish to stigmatize or attack him in any way. He is probably a very good man, and a better man than I. His article is most valuable as case in point of a kind of literature and an adversarial posture which I have witnessed since Day One of my coming to Yeshua-faith over fifty years ago. This is that kind of literature which tries to build a case for the superiority and advisability of a certain brand of Yeshua faith, of a Christian religious and social milieu, at the expense of discrediting the Torah way of life to which and for which countless Jews gave their lives, and also at the expense of discrediting “the rabbis” and “the religion of the rabbis.”  Anyone who wants to find such attacks need look no further than the Internet and the back copies of most missionary-to-the-Jews newsletters. However, these kinds of attitudes and statements are to be found not only in the missions culture,  but also sprinkled throughout and around the Messianic Jewish congregational movement.

In this blog post, I simply want to point out why I find this posture and this kind of literature to be grievous and damaging to the cause of representing a credible Yeshua-faith to our fellow Jews.

First, when you read such literature, there are three questions which I believe should be asked and answered. I supply both the questions and my brief answers below.

(1) What do you surmise is the author’s implied audience? In other words, from your vantage point as a reader of the article, what would you postulate is the audience he had in mind when he wrote it? Who was he seeking to inform, motivate, convince, please?

For this kind of literature, the primary implied audience is the mailing list—the Christian public from which one is seeking support, chiefly financial, but also seeking psychological support, what I term “attaboys.”

The secondary audience is one’s colleagues and coworkers—one’s “crowd.”

The Jews as a people for whom we are responsible before God, to be a comfort to Zion, to commend to them the good news with which we have been entrusted, and the Messiah whom we serve—this people is only peripherally  the audience of such statements and materials.

I know these seem to be harsh words, but I am convinced this is so—even if unconsciously the case.

It does not really matter who the authors of such statements or publications believe themselves to be addressing. The rhetoric indicates that audience better than they may know. Besides, readers are entitled and expected to discern the intended audience from what they  read. The text, not the mind or emotions of the author, is the evidence before us.

(2) Closely related, what  is your best guess as to what the average (NOT exceptional) non-Yeshua-believing Jewish person would be apt to assume about the author?

The average Jew reading material of this sort is most likely to assume that the author is religiously a post-Judaism Jew, or even may consider him to be a self-hating Jew, a paid lackey of the Christian world, somone ignorant of and/or antagonistic to Jewish religion—someone whose person and views are to be avoided by self-respecting Jews.

This is so even when such materials speak of “how much we love our people,” etc. The signals this kind of literature and these kinds of public statements make are so negative, they overwhelm any protestations of “love” and “Jewish loyalty” the authors may make.

(3) On the basis of your best consideration against your answers to the previous two questions, would you judge this article to contribute or to detract from the cause of drawing people to embrace Yeshua faith as an option for average (not exceptional!) self-respecting Jews?

There can be no reasonable doubt that such statements and materials greatly damage the credibility of our cause, and in fact erode our communal bond with our people.  Sure, there will be some Jews who are antagonistic to Judaism and observance who will agree . . . but these Jews are exceptional. And even most of those who will agree will feel decidedly uncomfortable with some missionary type making these statements to a Christian audience: and rightly so!

I will close with a request. In Jewish life there is a principle of “pikuach nefesh” which states that short of idolatry, murder, and adultery, one may do anything to save a life, including breaking any of the mitzvot. As an example, both the Torah and the Newer Testament commend Rahab the Harlot who lied to the representatives of the King of Jericho when he came looking for the Jewish spies. Saving lives was more important than “telling the truth” as if the truth were merely related to delivering accurate data, being devoid of relational components.

Rahab lied: and she is honored for it. (By the way, so did the Jewish midwives at the beginning of the Book of Exodus, and by doing so, they saved countless babies from death, including a fellow named Moses. This is why my grandmother Shifra, was named after one of them!)

If you really believe that the Oral tradition is worthless, that it is founded on spurious foundations, and if, as some do, you are leery of “the religion of the rabbis,” fine. But for the sake of saving Jewish lives, of commending our Messiah to our people, I encourage you to become followers of Rahab: lie. Tell people that the Oral Torah and the religious legacy of our people is honorable, beautiful and holy (which I view it to be), even if that is not your view.

You just may save a life or many lives.

I consider this a far better outcome than discrediting our Messiah and our claim to being a Messianic Judaism because doing such may be popular with one’s fellows or reassuring to some mailing list.

My friends . . .  if we are doing well representing the cause of Messiah to our people, and  if our communities are credible Jewish communities honoring Yeshua the Messiah in the midst of Jewish life, as signs, demonstrations and catalysts of God’s consummating purposes for our people, ignore my appeal. But if you recognize the truth of what I am saying, please pray about and discuss what we are going to do about it.

And if you have real objections to Jewish religious culture, practice pikuach nefesh. For God’s sake, and to save lives, lie.

I am certain that some reading this will become fixated on that last bit of advice I just gave, while ignoring the horrific results that follow upon this tradition of contempt which reeks like deadly black mold from the floorboards of our institutions. It’s all a matter of focus, and a matter of what’s more important to you: defending the party line and ignoring its effect on the cause you claim to serve, or catching someone like me in a communal no-no.