The Theory of Palestinian Centrality: Of Sacred Cows and Scapegoats

Posted on October 5, 2012 by Stuart Dauermann 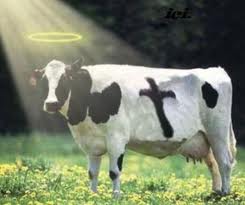 I am happy to say I am back in the saddle with this blog, having been disrupted, if I can call it that, by the death of a very good friend.  Such events have a way of putting one “off one’s game,” and rightly so. But having regained my rhythm, I am happy to return to discussing here all kinds of issue which I hope you will agree are both interesting and important. And herewith, I return to my recent series on discussing the nature and roots of Anti-Zionism, and seeking to question and refute at least some of the contentions of those who oppose Christian Zionism.

I return quite refueled, having provided special music at something called “The Woodstock Forum” in Woodstock, Connecticut, where my long-time friend Dr. Michael Rydelnik taught ably on these matters.

Today’s post, like many that preceded it, is informed and inspired by Benjamin Netanyahu’s well-written “A Durable Peace: Israel and its Place Among the Nations.” And the subject under consideration today is his concept, “The Theory of Palestinian Centrality.”  This is a real game changer, for those with ears to hear and eyes to see. Read on.

A sacred cow has been mortally wounded by the facts on the ground–but you can still hear it mooing. The sacred cow is the conviction that all turbulence in the Middle East is somehow the consequence of what has come to be known as ‘The Palestinian Problem.'” As Ahmadinejad reminds us, it is “the Zionist entity” that has destabilized and troubled the region. Get rid of the intrusive Zionist incursion, the Palestinian Problem will be solved, and peace and tranquility will return to an Arab world equipped and disposed to live in peace with one another. MOO!

Just one of the wounds of this sacred cow is the current situation in Syria, where the misery and instability cannot be traced to “the Zionist entity.” The same is true in Egypt, in Libya, and just about everywhere you look in the region. The examples are so numerous as to overwhelm this blog posting!  A Facebook friend directed me to this article the other day, which includes this statement about what is going on in the Palestinian Territories:

HRWatch (Human Rights Watch) accused Hamas of failing to investigate alleged cases of torture and abuse, and of granting impunity from prosecution to security service officials.

It said “intra-Palestinian political rivalry [between Hamas and Fatah] remains a significant factor behind many Hamas abuses against detainees in Gaza”.

The Fatah-dominated Palestinian Authority in the West Bank also “arrests and detains Palestinians arbitrarily, including Hamas members or sympathisers, and similarly subjects detainees to torture and abuse”, the report said.

None of this should surprise anyone prepared to pay attention to the flow of history. In his third chapter, Netanyahu provides a list of such examples that buries us in evidence. A mere sample follows:

Netanyahu provides page after page of examples that amply demonstrate what all of us should already know: that the instability in the Middle East is endemic to the region, and not a Zionist plot.

Part of the cause is that Arab rulers tend to regard state boundaries as arbitrary Western intrusions. Netanyahu comments. “Ever since the independent Arab states emerged in the first half of [the twentieth] century, virtually every one of them has been involved in wars, attempts at subversion and assassination, and unending intrigue against one or more of its Arab neighbors–and against its non-Arab neighbors, too.” Just consider the relationship between Syria and Lebanon as a case in point.

And the father of the current Dictator-President of Syria, Haffez Assad once said this to Yassir Arafat.

You do not represent Palestine as much as we do. Never forget this one point. There is no such thing as a Palestinian people, there is no Palestinian entity; there is only Syria. You are an integral part of the Syrian people. Palestine is an integral part of Syria. Therefore it is we, the Syrian authorities, who are the true representatives of the Palestinian people (quoted in Kamal Jumblatt, I Speak for Lebanon. London: Zed, 1982), 78

This leaves us with one question: in an environment like this, where national boundaries are looked upon as intrusive nuisances, and where a wide variety of megalomaniacal figures vie with one another for the status of the True Leader of all the Arab peoples (consider Nasser, Gaddhafi, Saddam Hussein, who all had such pretensions), can there be any doubt that Israel serves one supreme function in Arab politics, that of being the scapegoat?

Read chapter three of Netanyahu’s book and you will come to the same conclusion as I have–that Israel is indeed being scapegoated. However, this is nothing new. 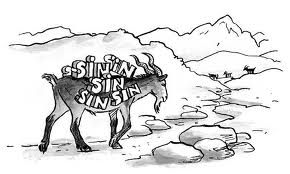