A Grounded Theory on Israel’s Right to the Land

I am experimenting with a grounded theory approach to studying the Bible, and I find it intensely interesting. In a recent and preliminary examination of multitudinous texts speaking of Israel’s relationship to the Land, three conclusions emerged I want to share with you for your thinking.

While I recognize that some, perhaps many of you reading this, will be indifferent to or even hostile to what I report, at least you should know what the Bible appears to be saying before you dismiss it. And if you are going to attempt to refute what I report here, at least get acquainted with the position before attempting to refute it.  And as for those of you amenable to what I will say, I urge you to get well-established not only in what you believe, but in the grounds for believing it.  How else can you be an able proponent of the position your profess?

So here are my preliminary findings.

First, God promised a body of land to Abraham, Isaac, Jacob, and their descendants. From the very moment God called Abram (later, Abraham) to leave Ur of the Chaldeans as bearer of what would henceforth be called the Abrahamic Covenant, we find the promise of the Land to be at the forefront. “Get out of your country, and leave your father’s house, and go to the land I will show you” (Gen 12:1).  This promise was then extended to Isaac (Gn 26:3-4),  to Abraham’s grandson, Jacob (Gn 28:4, 13; 35:12), and also extended to their offspring, the Jewish people (Gn 48:4; 50:24). And although there are a cluster of benefits embodied in this, the Abrahamic Covenant, the Land is at the forefront (see, for example, Gn 13:14-15).

Second, not only did God promise the land to Abraham, Isaac, Jacob and the children of Israel, he bound Himself by an oath. Approximately 50 times we find the Land spoken of in such terms as “the land that I swore to give to Abraham, to Isaac and to Jacob” (Ex 6:8, for example). After riffling through so many of these verse I asked myself when God had sworn to give this Land to Abraham an his descendants, not simply promised it to them. The answer is to be found in what is termed “the covenant of the pieces” in Genesis 15, which we will treat at some length in our next study. This oath is actually made twice, once in Genesis 15 where the land is strongly emphasized, and then again in Genesis 22, on the occasion of the Binding of Isaac, when God reemphasizes his determination to fulfill the covenant he made with Abram, using the words, “by myself I have sworn,  because you have done this. . . .”

We ought not to miss the significance of both God’s promise and his oath. The writer to the Hebrews remarks on this very oath-taking of God, and tells us its significance:

13 For when God made a promise to Abraham, since he had no one greater by whom to swear, he swore by himself, 14 saying, “Surely I will bless you and multiply you.” 15 And thus Abraham, having patiently waited, obtained the promise. 16 For people swear by something greater than themselves, and in all their disputes an oath is final for confirmation. 17 So when God desired to show more convincingly to the heirs of the promise the unchangeable character of his purpose, he guaranteed it with an oath, 18 so that by two unchangeable things, in which it is impossible for God to lie, we who have fled for refuge might have strong encouragement to hold fast to the hope set before us (6:13-18).

Again, the writer is speaking of Genesis 22:16-18, God’s oath to Abraham at the Binding of Isaac. He stresses the unchangeable character of God’s purpose which God guarantees “by two unchangeable things, in which it is impossible for God to lie.” And as we have already made clear, the promise of the Land to Abraham’s descendants is a primary, one might even say, leading feature of the Abrahamic covenant. His purpose of giving this land to His people is “unchangeable,” or as Paul calls it in Ro 11:29, “irrevocable, for the gifts and calling of God are without repentance.”

Third, God said that in the end, even after exiling this people from that Land, he would bring us back. As Jeremiah puts it succinctly, “He who scattered Israel will gather him, and will keep him as a shepherd keeps his flock” (Jer 31:10).  Many passages speak of this, among them, Deut 30:1-10; Isa 14:1-2; Jer 23:7-8; 29:10-14;  31:7-14; 32:36-41; Ezek 36:22-38; 37:21; and 39:25-29. I will be looking more fully at some of these regathering texts in a soon-coming lesson, and whether these regathering promises were exhausted in the return from the Babylonian Captivity.  But for now it is crucial to remember not only that God promised the Land to the children of Jacob, he guaranteed this promise with an oath, and he promised that at the end of days he will bring this people back to this Land in vindication of His own name. 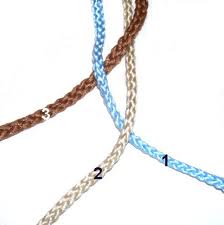