Still Telling the Story: Why Joe Friday Was Wrong 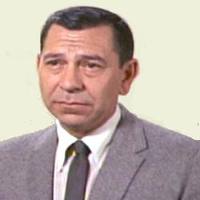 I have known lots of people who believe that mastering arguments for our beliefs and overwhelming opponents or willing listeners with factual arguments is the Holy Grail of sharing our faith.  Well, perhaps it should be, but it most certainly is not.

People have their own narrative structures that they carry around inside of them, and they only tend to accept what their narrative has already told them is so.  As the bumper sticker says, “Don’t bother me with the facts. My mind is made up.”  Although this sounds whimsical, there is much wisdom in it. People are not generally interested in facts that do not conform with their own inner version of reality, their own story of the way things really are.  And they will force whatever evidence you present them to conform to the “story” the version of reality they have already bought into, and in which they have a vested interest.

Years ago I had a man in my congregation who was very bright and very biblical in his orientation.  He disturbed me one day when he said that if I ever had a woman share from the front of the congregation in any manner which even appeared to be instruction, he would get up and walk out. His interpretation of the Bible made the case iron clad that having a woman do such was strictly forbidden.

I was taken aback by his adamant position.  I went to the Seminary library, did much research, bringing to him a folder perhaps three or four inches thick with articles arguing against his hard line approach. Within a week he got back to me on it.  He laughed them off, every one of them.

I then spoke to one of my mentors, a man who had come from a very conservative Christian background also hard-line rejectionist of women “sharing” or teaching to groups where men were present.  He is also a man who knows the English Bible better than anyone else I have known.  Over the years he had come to see that his former position was biblically ill-advised, and he had modified his former position. I asked him if he would speak to my congregant.  He said “No.”

When I asked him why, he said that it was his experience that until and unless a person is already inclined to doubt their own position, and is looking for better answers, you waste your time trying to convince them to change that position, no matter what you say.

Annette Simmons, whom I have been quoting in this recent series of blogs, puts it this way:

Facts don’t have the power to change someone’s story. Their story is more powerful than your facts. As a person of influence, your goal is to introduce a new story that will let your facts in.  People make their decisions based on what the facts mean to them, not on the facts themselves. The meaning they add to the facts depends on their current story. People stick with their story even when presented with facts that don’t fit. They simply interpret or discount the facts to fit their story.  This is why facts are not terribly useful in influencing others.  People don’t need new facts—they need a new story.

People are not rational.  Fact lovers hate this, They want to believe that the “facts are the facts.” . . . . A storyteller embraces, as a central theme, that people aren’t rational and uses what she knows about feelings and emotions. She knows that our choices are primarily driven by our feelings.

My congregant had “a story” an interpretation of the Bible that was unquestioned and unquestionable for him.  It made no difference what data I presented to him. Annette Simmons suggests we need to give such people a new story—a new version of the way things really are—a new narrative.

At the risk of alienating half of you reading this, unless we get through to someone’s emotions and imaginations on such matters, our facts are useless. We need to get people to imagine a different kind of reality than the pet world they carry around wrapped in their presuppositions.  For my congregant I would need to present to him story after story of women whose teaching ministries to men had been transformational, women who had obviously been used by God in that way.  I would even seek to introduce him to one or more of these women in the hopes that he would begin to feel that there was something askew in his granite certitude.

Some people have the same kind of stereotypes about us Jews who believe in Yeshua.  They have us in a box labeled in all sorts of unattractive ways. Until and unless we can get them to see and feel that there is something askew in their scenario, until we give them a different story about who at least some Messianic Jews are, they will continue operating on prior assumptions. Generally, the best way we can get them to change their story is by how we live. If we truly live in a way that contradicts their story, it can call that story into question leading to a new narrative.

So don’t try and argue with people. Instead, help them to imagine a different story, help them to try on for size a different narrative of the way things really are.  There will be time later for your evidence for the facts of the faith.  But first things first: capture their heart, capture their imagination.  Then deal with the mind.   Annette Simmons gets it right again:

If you give facts first you risk an interpretation that bends your facts to support their existing view or that discounts and discredits your facts in a way that may permanently cripple these facts as tools of influence.  Sequence is very important here.  Save your facts until after you are reasonably sure the interpretation is going to support your cause.

2 Responses to Still Telling the Story: Why Joe Friday Was Wrong