Still More Let Me Tell You a Story: What’s YOUR Story?

Annette Simmons reminds us that the first two questions every audience asks about anyone seeking to persuade them of anything are these: Who are you, and Why are you here?

Aristotle labeled this “Who are you” question a matter of ethos, that is, the character of the communicator.  And Aristotle would agree with Simmons in her assessment that people’s first inclination is to view all would be persuaders with suspicion. Whether we wear the title Sister, Brother, Mother, Father, Rabbi, Reverend, Pope, President or Potentate, the matter remains the same: those whom we seek to persuade are inclined to be jaded about our intentions, and our first work of persuasion is to answer the “Who are you” question, a matter of identity and character, and the “Why are you here” question, a.k.a. “What’s in it for you?”

We see these matters coming together in the writings of the Apostle Paul, who says in 2 Corinthians 5: ” So, whether we are at home or away, we make it our aim to please him.  For we must all appear before the judgment seat of Christ, so that each one may receive what is due for what he has done in the body, whether good or evil.  Therefore, knowing the fear of the Lord, we persuade others. But what we are is known to God, and I hope it is known also to your conscience.”

Notice Paul’s reference to his character as being intrinsic to his persuasion task:  “what we are is known to God, and I hope it is known also to your conscience.”  Notice also how he accounts for his own sense of imperative as being related to his accountability to God.  For us too, unless we  convincingly answer the unspoken questions, Who are you, and Why are you here (What’s in it for you?), we will not succeed in persuading anyone.

The early believers in Yeshua didn’t go around with Bibles reading verses to people, nor did they generally conduct studies, at least not in their day to day sharing of their faith. (And yes, I do remember the Bereans!) The first thing they did was tell the story of their own encounters with God as catalyzed by Yeshua of Nazareth, how God had shown himself to be real in their lives and those of the people in their assemblies, which then led to discussion of Yeshua, what He did for us, and the connection between the work of the Spirit in their lives and how the crucified, risen, reigning Yeshua is an object of faith in their life and those of their assembly members.

So that brings me to a big question.

Do you have one or more personal stories to tell that are hard or impossible to explain without reference to the intervention of God, or which experientially explain why you would want to discuss your faith with others?

Let’s face it. People are inclined to look at us as deceived, or pathetically religious, as emotional, or naive, or any number of unattractive categories. We need to explain to them who we are and why we are here (even relatives and friends who know who we are need to have the “Why are you here?” question answered satisfactorily, even though it is a good idea not to preface your account with a banner headline: “This is why I am here talking to you like this”).

But again, I ask the question, “Do you have one or more personal stories to tell that are hard or impossible to explain without reference to the intervention of God, or which experientially explain why you would want to discuss your faith with others.”  And if you don’t have such a story, why should they bother listening to you, and what is to keep them from treating you as a bother?

Let me say that rational explanations only go so far. People are persuaded by what they view to be emotionally credible, something that rings true. 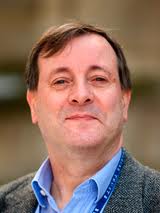 Alister McGrath is one of the premier Christian intellectuals of our day.  His credentials are daunting, among them, MA, D.Phil, DD (Oxford University),  Professor of Theology, Ministry and Education and Head of the Centre for Theology, Religion and Culture, King’s College, London. Amazon has 705 books either written in whole or in part by him, or referencing him.

When writing of the use of stories as a means of persuasion vis-a-vis the besorah, that is, the good news of Yeshua, he says something very much to the point I am making in this post:

When I was younger, I used to believe that the best way to help other people to discover the truth and excitement of Christianity was to argue with them–in other words, to persuade them Christianity was right and true. In short, I adopted what many would now call a “modern” approach. But today I would communicate the truth of the gospel in another way, I would tell the story of how I came to faith. Why? Partly because a story is much more interesting than any argument, but more significantly, my story shows that Christinaity is real–in other words, that it has the capacity to change lives. . . . By telling my story, I am confirming the gospel is real in my life (Alister M. McGrath, Mere Apologetics: How To Help Seekers and Skeptics Find Faith. Grand Rapids, MI: Baker Books, 2012), 141.

This is more than the old idea of “giving a testimony.”  Talking simply about your own experience can seem embarrassingly narcissistic.  As an old friend used to say, Boris Badanov’s testimony is, “I used to hate Moose and Squirrel, now I love Moose and Squirrel.  If you don’t know what I am talking about, ask someone about Rocky and Bullwinkel)  Rather, the personal story we share should be of how in the context of your Yeshua faith, you have come to experience, see, recognize and worship God as the Living and True God (Jer 10:10; 1 Thess 1:9). It is about Him and not about you!

Many of us declare Him to be true, but what’s your story about why he is living?

We need to answer that question to help explain who we are and why we are here talking to our friend.

So my question for you is this one: What’s your story?

(By the way, McGrath’s book is a delight to read. He is one of those absolutely brilliant polymaths who combine great depth and accessible clarity. What a treat, even if you might not agree with all that he says. Treat yourself!)