Posted on February 21, 2012 by Stuart Dauermann 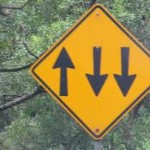 One Step Forward, Two Steps Back

We should not be so naïve as to imagine that since Nostra Aetate the Roman Catholic Church has only moved forward with regard to the Jewish people in its understanding, teachings, and ways of relating.  An inevitable cultural lag will hinder any social system in implementing even authoritative changes.  Those charged to implement change are often unaware of how older paradigms surface in their own rhetoric and writings, impeding the very progress they seek.

Messianic Jewish theologian Mark Kinzer explored this problem in a paper he presented in 2000 to the Messianic Jewish-Roman Catholic dialogue group. He deftly demonstrated how the language of the Vatican II encyclical Lumen Gentium, and to a lesser extent, the Catechism of the Catholic Church, perpetuate a supersessionist paradigm and fail to support and implement the kinds of advances promulgated in Nostra Aetate, despite good intentions to the contrary.[1] Naming Lumen Gentium “the most comprehensive and lucid teaching on the meaning and role of the church offered by any official Christian body through the centuries” he remarks how the Church has continued to progress in its expressions since then, so that the language of the Catechism may be profitably used to critique that of Lumen Gentium, although both documents need scrutiny and improvement.

In its concept of mission, Lumen Gentium operates very much in the conceptual field we have been exploring under the category missio dei. Here, the sending of the Church is linked to the sending of the Son and the sending of the Spirit, as in paragraph 5, which says in part, “When Jesus, who had suffered the death of the cross for mankind, had risen, He appeared as the one constituted as Lord, Christ and eternal Priest, and He poured out on His disciples the Spirit promised by the Father. From this source the Church, equipped with the gifts of its Founder and faithfully guarding His precepts of charity, humility and self-sacrifice, receives the mission to proclaim and to spread among all peoples the Kingdom of Christ and of God and to be, on earth, the initial budding forth of that kingdom.”  As the Father sent the Son, so we are sent by the Spirit and the Son to enter into their work . .  the missio dei.

However, those who listen carefully can hear in the words of this encyclical clear echoes and intimations of supersessionism as in this paragraph about the missio dei where the unity of the people of God is stressed in a manner which eclipses the distinct identity and role of the people Israel:

All men are called to belong to the new people of God. Wherefore this people, while remaining one and only one, is to be spread throughout the whole world and must exist in all ages, so that the decree of God’s will may be fulfilled. In the beginning God made human nature one and decreed that all His children, scattered as they were, would finally be gathered together as one. (117) It was for this purpose that God sent His Son, whom He appointed heir of all things,(118) that be might be teacher, king and priest of all, the head of the new and universal people of the sons of God. For this too God sent the Spirit of His Son as Lord and Life-giver. He it is who brings together the whole Church and each and every one of those who believe, and who is the well-spring of their unity in the teaching of the apostles and in fellowship, in the breaking of bread and in prayers.[2]

Mark Kinzer finds Lumen Gentium especially problematic in how it exaggerates discontinuity and overuses the term “new” in how it portrays the relationship between the Church and Judaism or the Jewish people. I have highlighted in italics this kind of problematic language found in Section 9 of the encyclical:

He therefore chose the race of Israel as a people unto Himself. With it He set up a covenant. Step by step He taught and prepared this people, making known in its history both Himself and the decree of His will and making it holy unto Himself. All these things, however, were done by way of preparation and as a figure of that new and perfect covenant, which was to be ratified in Christ, and of that fuller revelation which was to be given through the Word of God Himself made flesh. “Behold the days shall come saith the Lord, and I will make a new covenant with the House of Israel, and with the house of Judah . . . I will give my law in their bowels, and I will write it in their heart, and I will be their God, and they shall be my people . . . For all of them shall know Me, from the least of them even to the greatest, saith the Lord.  Christ instituted this new covenant, the new testament, that is to say, in His Blood,  calling together a people made up of Jew and gentile, making them one, not according to the flesh but in the Spirit. This was to be the new People of God. For those who believe in Christ, who are reborn not from a perishable but from an imperishable seed through the word of the living God, not from the flesh but from water and the Holy Spirit, are finally established as “a chosen race, a royal priesthood, a holy nation, a purchased people . . . who in times past were not a people, but are now the people of God.”

While it is true that the paragraph uses biblical language, it does so in ways that presume a radical discontinuity between Israel and the Church. Israel is relegated to being “a preparation and a figure of that new and perfect covenant,” while the Church is “the new People of God not from the flesh but from water and the Holy Spirit, . . . finally established as ‘a chosen race, a royal priesthood, a holy nation, a purchased people . . . who in times past were not a people, but are now the people of God.’” Israel has done its job, but now the Church is here.

Later in the same paragraph, the contrast between Israel and the Church, between then and now, between old and new, is made unambiguously specific through referring to the Church as “the new Israel.”

Israel according to the flesh, which wandered as an exile in the desert, was already called the Church of God. So likewise the new Israel which while living in this present age goes in search of a future and abiding city is called the Church of Christ. For He has bought it for Himself with His blood.

From examples like these, we can see that the Roman Catholic Church, despite its ground-breaking pronouncements and intentions, remains a work in progress, needing to exercise diligence and vigilance if it would conform its behaviors to the kinds of aspirations outlined in Nostra Aetate and explored during the papacy of John Paul II.  Indeed all branches of Christ’s Church and of Judaism would do well not only to learn from the Roman Catholic Church’s capacity for change and imagination, but also to learn how to initiate safeguards to assure that good intentions get worked out as on the ground realities.

[1] These are not the only documents evidencing this disconnect between a quest for newness generally unintentionally perpetuating older paradigms. Lumen Gentium and the Catechism are used here as examples of the problem.