Posted on November 3, 2011 by Stuart Dauermann 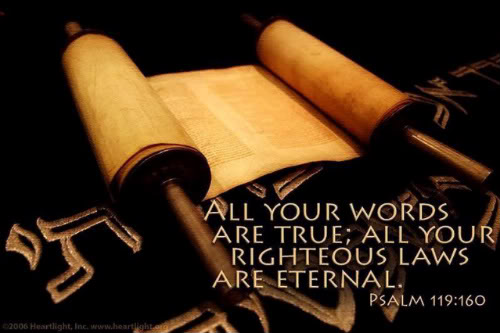 Despite disagreements on other matters, most Jewish believers in Yeshua (JBY) agree that the relationship of JBY to Torah observance is one of the most emotionally charged issues among us!  Yet, even if some would rather not even discuss such things, this issue will not simply go away: it is just too central to Jewish life to be avoided. Instead we must face it and handle it responsibly.

Speaking of the Israeli situation in particular, we should remember that most Israelis come from the same place: the diaspora.  These Jews come to Israel not for less Torah, but more. They want to embrace their Jewish identity, the Jewish state, and Jewish religious life more fully, not less so.  Almost always, JBY in the Land offer these Jewish people a Yeshua-faith stripped of Torah, or one that confines Torah or even declares it extinct,  which is the habit of mind many have learned in wings of Christian theological tradition. Shouldn’t they instead advocate for a fully orbed Torah-governed life, or risk losing the interest and  trust of those whom they claim as their audience? The answer seems obvious to me if not to others.

Some will protest that we need not go too deep into Torah living, and that it is sufficient to honor Torah through adherence to Torah-based shabbat and holy day rituals and accommodation to the rhythms of Israel’s community life.  But life is much broader than chaggim (festivals), there are fifty-two weeks in the year and 168 hours in the week, and Judaism is, in the words of Abraham Joshua Heschel, “the religion of the common deed.” A nationalistic and chag-based lifestyle for JBY, especially for those living in the Land, may satisfy for a while, but Torah looms large, and many of those whom we seek to influence are certain to wonder or protest concerning the vacating of so much that is intrinsic to daily Jewish religious life.  This brings me to two questions: How much time does the average missionary to the Jews and some Messianic Jewish rabbis and laity spend talking Jews out of keeping Torah? Isn’t this precisely the WRONG direction to be heading?

A word of caution:  because ours is a Jewish religious message, the issue of Torah observance cannot be superficially handled. We must learn to deal with this issue, not simply to our own satisfaction, and not simply to satisfy the demands of some preferred theological schema, but in a manner that makes sense to that people to whom we are called as a testifying remnant.

In addition, Scripture assures us that toward the end of days, God will bring the Jewish people to Spirit-filled, Yeshua-honoring obedience to his chukkim and mishpatim (statutes and judgments), the nuts and bolts of Torah living.  By divine fiat, JBY are on an unavoidable collision course with Torah observance! We have been in “the last days” ever since the Pentecost of Acts chapter two. (Acts 2:17 and Hebrews 1:2 both use the phrase, against the background of other occurrences in the Older Testament.)  The founding of the modern state of Israel and attendant events point to a quickening of God’s eschatological action. And since the prophetic portrait of these eschatological times includes a return of our people to Torah observance, we will only be hiding our heads in the sand if we seek to avoid or dismiss this issue out of hand.  It will not go away, nor, in my mind, should it.

Stay tuned for more on this crucial subject.

[1] Ac 2:17 and He 1:2 both use the phrase, against the background of other occurrences in the Older Testament.

3 Responses to Jewish Believers in Yeshua and Halachic Torah Observance: Introducing the Issue