Today I want to talk especially to Christians who rely upon workers from mission agencies to help them explain faith in Yeshua to their Jewish friends or relatives.

In fifty years of travel in, out, and around Christian space, I often meet Christians in just this situation. Frequently, these people seek out the help of workers with Jewish mission agencies, good people, smart people, hard working people. Some of these people have been friends of mine for nearly half a century. 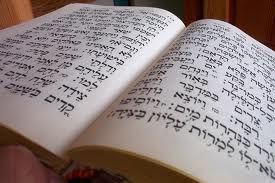 However, they may not be able to help you with your Jewish friend or relative, perhaps a son in law, daughter in law.  Let me give you three reasons why.

The first reason why missionaries to the Jews are not likely to be of much help for you to explain your faith in Yeshua to your Jewish relative or friend is that almost all missionaries to the Jews are imbedded in the Church world, and will sooner or later be perceived by your Jewish significant other to be one or more big steps removed from Jewish community. This underscores the “otherness” of the gospel message, and puts a stumbling block in the pathway of Jewish people, who, even when assimilated and religiously indifferent, are rightfully reluctant to turn away from their Jewish roots to alien ways.  Even if the missionary person seeks to hide their ecclesiological affiliation, sooner or later this will come out, and this is likely to be off-putting for your significant other.

The second reason why missionaries to the Jews are not likely to be of much help for you to explain your faith in Yeshua to your Jewish relative or friend is that in almost every case, their theological commitments are either Torah negative, or at best Torah neutral. Ask your average missionary to the Jews how they have grown as a Jew lately, and you are likely to get an evasive or embarrassed answer.  Because such people have made their homes in Christian space, their relationship with Judaism has no growing edge. Since your Jewish significant other is likely to be at least theoretically committed to becoming a better Jew with the passage of time, this disconnect from growth in Jewish life and conformity to Jewish religious norms, or this failure to maintain adherence to Jewish religious norms is apt to be off-putting.

The third reason why missionaries to the Jews are not likely to be of much help for you to explain your faith in Yeshua to your Jewish relative or friend is that they are not apt to encourage him/her to become more deeply involved in the Jewish religious community. This is because for the average missionary to the Jews, the Jewish religious community is viewed to be a snare and a hindrance to authentic spiritual growth and to faith in Yeshua.  Chances are, when your Jewish significant other gets wind of this, he/she will feel uncomfortable and reluctant to move forward with their investigation since it means moving away from the wider Jewish world.

Again, these missionaries to the Jews are often dedicated people, hard working, frequently learned and quite skilled. But to the extent that their commitments are foreign or antithetical to those your Jewish relatives or friends feel called to honor, they are apt to be of limited help in what you are trying to do.

Next time I will talk about why some Messianic rabbis might not be able to help you with your Jewish friend.   After that, I will point you in some more hopeful directions.