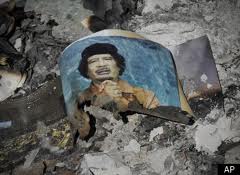 Forty years ago, in some circles, it was customary to read Francis Schaeffer, who helped teach the evangelical world to think about faith and culture, and what one might term cultural drift.  His expertise was the West, and he taught multitudes to think about an emerging post-Christian Europe and post-Christian West while most preferred to stay asleep to such apparently high-brow concepts.

But of course Schaeffer was right on the fundamentals. In my life I have seen a shift in values such as my parents never would have imagined.  In some ways we are living in a post Judaeo-Christian era.  I am speaking here of where religion, culture, and values intersect, or fail to do so.

Through Ezekiel we are reminded that “The LORD takes no pleasure in the death of the wicked, but rather that he might turn from his wickedness and live.”  Scripture also reminds us that man is made in the image of God.  And in my view, gaping with excited wonder or fascination at the final moments of a man pleading for his life, being beaten and ultimately shot to death, regardless of who that man is and what he has done, is an affront to the God who made him and whose image, even if in a defaced form, he bears.

Fifty years ago when I was a teen, it was unthinkable that something like this would be shown on television.  But now many people hardly think it unusal, finding it just part of the news of the day, comparable to Lindsay Lohan’s most recent court appearance.

It is one thing for us to be grateful for the end of a tyrannical and brutal reign: it is another  to take gleeful pleasure in viewing videos of the death of the wicked as it happens.

Of all the public figures commenting in recent days upon Gaddafi’s death, it was Keith Ellison, the first Muslim member of Congress who came closest to the truth that needed to be told.  After reports of Gaddafi’s death, he tweeted this:

Never celebrate death of anyone, even bad people. But Libyans are safer now without Khadaffi. Arab world is breaking free.

One of Ellison’s followers tweeted back that “vanquishing an evil is cause for relief.” Ellison responded, “Yes. Relief, not celebration.” Yes, Mr Ellison, you got it right, precisely right.

Something ugly about our society was revealed on those videos. They are sure to be replayed in the days ahead, and internet news reports provide links.  But if you choose to watch, don’t fail to notice the last gasping moments of something else besides a tyrant.