Post-Missionary Outreach to the Jewish People #1 – Instead of Missionaries, What? 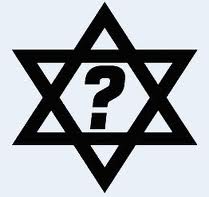 I gravitate toward ideas that just might change the world, or at least a small part of it. That’s one reason why the vision statement of Messianic Judaism Media is “Changing the world through changing minds about Messianic Judaism.”  Today, I would like to change some minds about Jews who believe in Yeshua and our posture toward outreach toward other Jews who do not believe in him.  I invite you to consider an idea that just might change the world of Messianic Jewish outreach.

I think mission to the Jewish people as normally conducted has an expired shelf-life, not because the cause is a bad one (sharing Yeshua with other Jews) but because the assumptions underlying the enterprise need to be reexamined and, yes, replaced.

Mission to the Jews as I have known it destroys or disrupts Jewish communal cohesion and covenantal fidelity.  Indeed, all or nearly all missionaries to the Jews I know view Jewish Torah fidelity as at best “an acceptable option if that’s your style, provided you don’t go overboard or expect others to do as you do.”  Many view Torah living to be an expired way of life, little more than a cultural souvenir.  I find this to be a grievous state of affairs, although, truth be told, it did not always bother me.

So what would I advocate instead?  What alternative do I offer which might just change the world or at least a part of it?  It is this:  we Jews who believe in Yeshua should see ourselves as prophets to our people, not missionaries.

What would Messianic Jewish outreach to our people be like if we functioned as in-culture prophets rather than as post-Jewish or out-culture missionaries?  How might this change our world?

16 Responses to Post-Missionary Outreach to the Jewish People #1 – Instead of Missionaries, What?