Some Relational Handles on Dealing With “The Gay Issue” 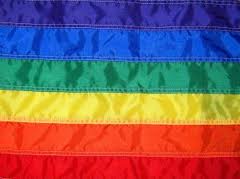 The issue of the legitimacy, status and treatment of “gays” is one that can no longer be avoided even by those with a talent for burying their heads in the sand.  While formerly people of a decidedly conservative religious bent may have sought to dismiss the situation with doctrinaire categorical statements and proof texts, today “the problem” cannot be dismissed so easily and “the issue” is in the air.

I want to speak to those heterosexuals who sense or know that they do not deal comfortably or well with “the gay issue.”   I want to share two handles that help me, although I hasten to add that these handles by no means resolve all issues and solve all conflicts.  Nor do these handles deal at all with the theological and textual issues involved. There is plenty theological and biblical textual discussion out there done by others better than I could do.  I am not discussing issues of right or wrong, sin, or anything of the sort.

I am dealing here not with biblical or theological issues. I am dealing here with relational, human issues.   This is important.  I am mindful of a dear friend, a Messianic Jew, whose lesbian sister wanted him to hold the chuppah at her wedding.  This created quite a crisis. I won’t tell you how the crisis was resolved–that is not the point.  But I am sure that many of you are finding that “the gay issue” is not out there. It is in here: close in and personal.

So here are some personal handles that help me in dealing some relationship issues related to dealing with gay friends and acquaintances, and with how I think about the issue relationally.   I hope this proves helpful.

Handle #1 entails remembering that it is not helpful to talk about gays as an abstraction.   We are talking here about gay people, sometimes gay brothers, sisters, friends, children, members of our synagogues, churches, parachurch groups, cousins,  you name it. Gay people are people, and they are as different from one another as other people are different from one another.  Are there oversexed homosexuals and homosexual pedophiles?  Certainly. But are there oversexed heterosexuals and pedophiles? Without any doubt. The more gay people you know of both genders, the more it becomes clear to you that these are people: some of them annoying, irritating, narcissistic or over the top—but so very many of them very dear, warm, and precious.

About six months ago I purchased a book on life advice by Tim Gunn, whom my family knew from watching  Project Runway on television.  He is the former head of Parson’s School of Design, always immaculately dressed, extremely articulate and perceptive about matters of design, and, get this, quite pastoral in his dealings with people.  I bought the book, Gunn’s Golden Rules: Life’s Little Lessons for Making It Work, for my wife and daughter because I thought they might enjoy it.

Then I read it myself.  What a marvelous book of touching candor, humility and wisdom. I loved the book. It taught me things about life that I needed to know.  Some day I would love to tell Mr Gunn how moved I was by it.  Incredible.

Now, I’ll bet there are some of you out there who cannot imagine or even condone reading a book by an avowed homosexual.  (By the way, Mr Gunn confesses to being undersexed—for years disnterested in pursing an orgasmic relationship with anyone.  He remains a celibate homosexual man.  I’ll bet some of you never thought there could be such a thing as an undersexed or celibate homosexual man.  But that shows how categorical our thinking is–and wrong.)  And  is because homosexual people are people just like other people are people, that we who claim to be advocates for truth must admit that there are some such people from whom we could learn something important, not only about style and fashion, but about human caring, relationships and wise living.

I would no more dismiss all homosexual sources of reflection on the life well-lived than I would accept all heterosexual sources of the same.  People are individuals and deserve to be evaluated on a case by case basis.

Handle #2 –  For those of us who do not feel comfortable endorsing a gay lifestyle whether in individual cases or as a rule of thumb, it is helpful to understand and implement the distinction between approval and acceptance.

I have a friend in her fifties or perhaps sixty years old by now, whom I have known for over thirty years. She is a dear friend, who served with me in a religious organization, and who was an important part of a congregation with which I was involved.   In her mid-forties she decided she had a choice between spending the rest of her life as lonely as she had been, or accepting the reality that intimacy with a man was not possible for her, and that she needed to “come out” as a lesbian. (Whether we agree or not with her analysis of her alternatives is not the point here. Hang on).  Later, in a series of conversations, we gingerly touched upon the issue of whether or not I approved of her choice. Now, she is an adult, a brilliant, capable, compassionate, admirable adult. Why should she need my approval?  I told her that. It is inappropriate and unnecessary for adults to need the approval of other adults in order to validate their choices.   More to the point, it is highly inappropriate for someone to demand approval for choices or preferences of any kind.

Let’s look at it from the standpoint of politics.  You are a staunch Republican. A member of the Tea-Party Movement. Your brother in law has four Obama/Biden bumperstickers on his car,  and one each denouncing George Bush, Sarah Palin, and Michelle Bachman. Whenever the two of you get together at family gatherings, the sparks fly because he is angry that you don’t approve of his politics.  The point is, why should he need your approval?  And more deeply, why should he demand your approval?  Why should the lines of your relationship be obscured by your withholding that approval?  It is always wrong for any of us to demand that someone else approve of our politics, or worse, to make that approval a condition of our relationship. This is coercion, not relationship.

Similarly, no adult gay family members, acquaintances, or friends should have the need for your approval, and certainly it is wrong for them to demand it.   They should be able to stand on their own two feet.  But they do have a right to ask for and receive your acceptance, which does not mean that you approve.

Getting back to my out of the closet lesbian friend, I told her this: “You are an adult and I love you.  Why should you need my approval for your choices? They are your choices and I accept them just as I accept you.”

Let’s learn to practice the difference between approval and acceptance. None of us should demand from others their approval of our stance on any issue as a condition of relationship. This is coercion.  Nor should they demand that we approve.  This is no relationship at all.  But they can ask for and we can, and I believe should, extend to them our acceptance of their choices as their choices, which they have a right to make, without needing our approval for doing so.  Nor should we seek to control people by withholding or approval. This would infantalize anyone who submitted to it.

Let’s learn to respect people and their right to make their own choices, even when we do not agree with the choices they make. That is part of what it means to respect people as people–regardless of gender or sexual identity. This way all of us can maintain our own convictions without these convictions foreclosing the possibility of relationship and respect for those who live under a rainbow flag.