Parashat HaShavua is the (Torah) passage of the week as linked to the Jewish calendar. Today’s posting is part of a planned series commenting on the Torah passage of the week, and/or on the related reading from the prophets (the Haftarah) and/or on related readings from the Brith Chadasha, known to many as the New(er) Testament.  This week, the we are looking at the Haftarah for Shabbat Chukkat, which this year falls out on the eve of the new month (Rosh Chodesh), and is therefore from Isaiah 66. 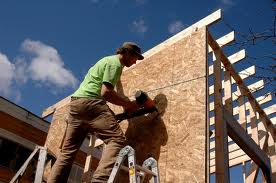 The Haftarah for Shabbat Rosh Chodesh, reminds us that God doesn’t need for us to build him a house.

Thus said the Lord:/The heaven is My throne/And the earth is My footstool:

Where could you build a house for Me,/What place could serve as My abode?

All this was made by My hand,/And thus it all came into being— declares the Lord —

Even so, the Torah reveals in meticulous detail how He directed our people to indeed build him a house to dwell in, first a Mishkan (Tent/Tabernacle) and later two Temples.

For some reason it is necessary for us to clear a space for God in our lives.

Today I want us to think together of what it means to construct a space in the midst of our personal and communal lives especially prepared for us to meet with God and honor him.

God is in the Details

It is mistake to imagine we can know God in terms of colossal generalities. If that were so, God never would have instructed the children of Israel to build him a a Mishkan for Him to dwell in, complete with very explicit directions for how to do so. Knowing that God is the Lord of the Universe is nice, but you can’t wrap your arms around that. It is too general and “way out there.” When God directed the Israelites to construct the Mishkan, the Holy One knew that we need to encounter God within the confines of predetermined circumstances if we are to come to know him deeply and honor Him specifically.

To know God deeply is to know Him in the details. To only encounter God in the universe-sized generalities is to know about Him but not to know Him.

In his excellent book, “On Being A Jew” [Baltimore:Johns Hopkins Press, 1990], James Kugel reminds us: 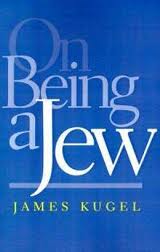 The cliché about Judaism is still true: it is not so much a religion as a way of life. And the way to ‘walk through the door’ is to begin to adopt that way of life, to keep the Sabbath and our festivals and say the fixed prayers every day, to observe our laws of pure food and of proper behavior, and in all ways to try and act like a Jew.

This quotation again underscores the learning by doing aspect of Jewish spirituality as contrasted to the “learn first and then maybe do” model prevalent in American culture. Without being aware of it, our cultural habit is to first receive general explanations, overviews, before we commit to anything. Jewish life . . . and child rearing . . . are not like that. 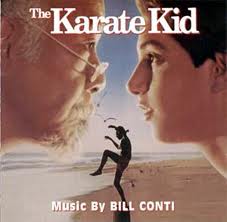 One would do well to remember the movie Karate Kid. In the original, Danny La Russo (Ralph Macchio) is a young  boy being bullied by a group of predatory karate practitioners.  The handyman at his house, Mr Miyagi (Pat Morita) agrees to coach him in karate in preparation for a showdown match with his hoard of tormentors.  Mr Miyagi tells Danny to shine his car using circular motions, then to paint the house using vertical brushing motions.  Danny is totally frustrated as he sees no connection between these motions and his goal of learning karate.  What he discovers later is that these motions are to become fundamental to his karate technique.

Similarly, God’s commandments may seem unnecessary to us, irksome, besides the point. We want a generalized description of the “karate of life,” while God instead gives us detailed instructions and details to do, the purposes of which we do not understand. These are the “chukkim” of Jewish life: commands for which we cannot discern the reason, and today is Shabbat Chukkat because our Torah reading deals with such commands.

For Kugel, and for Judaism, the way we build our mishkan is by employing the blueprint of practices provided in the Jewish tradition–community across time. Sometimes we will not understand the reasons behind such practices. But they are intrinsic to the blueprint God has given us. Seeing Jewish life as a “blueprint” is an apt metaphor. Imagine passing a beautiful home in Beverly Hills, and deciding, “I’m going to build me one of those!” You then invest the money, get the site and start building. Of course you cannot build such a home from the outward appearance! You must have the blueprint or you will never get the results you admire. Similarly, we need a blueprint for our Mishkan–and Jewish tradition provides that blueprint. And there is perhaps nothing in life more specific than a blueprint: everything is specified and measured to the “nth” degree.

Kugel points out how we will learn the satisfactions of this kind of Mishkan building only by doing so just as children are brought into Jewish life through patterned practices, before they have any explanations offered them.

Long before they can properly understand, in fact, almost before they can talk, they are taught the difference between the Sabbath and the rest of the week, that certain things are done only in the one and not the other; and shortly after they speak their first words they begin to learn the words of blessing that we say before eating this or that kind of food or washing our hands before a meal. The understanding of God, if any, that may accompany these acts is, of course perfectly childish, but what does that matter? Because a place for understanding is opened up inside the children by their first doing these things, and that place will be filled with greater and greater insight as they go on.

This accords precisely with the insights of Robert Wuthnow in Growing up Religious:Christians and Jews and Their Journeys of Faith (Beacon Press, 2000). Wuthnow, perhaps America’s premier sociologist of religion, demonstrates that spiritual identity is formed in children and transmitted inter-generationally through a pattern of ingrained practices, rather than through formal education and catechizing. The formal education and catechizing assures the children that, should they need explanations, these explanations are available when needed. It reminds us too, that our understanding will grow only as we build and inhabit our Mishkan of Jewish practice. It as we first do that we come to understand.

In our tradition we remember that when G-d called our people into the Jewish way of life, their response was “na’ase v’nishmah” ” we will do and we will understand” connoting, “let us do and let us [then] understand.” Kugel reminds us “And this is true whether one is a child or an adult. . . One must begin by doing.”

You cannot build and inhabit this kind of Mishkan simply by attending shabbat services. Kugel rightly points out the “dailyness” of Jewish life, the sanctification of the mundane and the habitual. The everyday, life-permeating ritual responsibilities and responses of the Jew living in community, at home, at business, in daily life, all of these become occasions for growing in awareness of God and for honoring him in the details of life. Remember: a relationship with God grows in the details, not in generalities.

Kugel reminds us yet again:  “It is not so much a matter of time: The time is there to be taken. But this way of living consists not only of those minutes of the day or week that are specifically given over to one duty or another, but also of the rest of the time, which is changed because of them.”  For example, when we make Jewish prayer part of our daily routine, the time between the prayer times is also transformed. All of life is transformed, just as the holiness of the Mishkan in the midst of the encampment of Israel radiated out to the entire encampment and indeed the entire land. Someday the Mishkan of God in the midst of His people will be so great, that all the world will be made holy by His radiating presence.

Three Characteristics of the Kind of House God Loves to Inhabit

From our Haftarah, we find three characteristics of the kind of communal house we should be building for God.  As our congregation looks forward to welcoming a new Rabbi, we would do well to bear these characteristics in mind:

First, God wants us to huild a community, a dwelling place, characterized by inward humility, repentance and faith.   We find this in verse three:

Who is concerned about (trembles at) My word.

Second, God wants us to huild a community, a dwelling place, characterized by outward obedience to His commands.

For I called and none responded/I spoke and none paid heed.

They did what I deem evil/And chose what I do not want.

We must instead be people who respond obediently when he calls, who heed when he speaks, who do what he deems good, and who choose what he wants.  And how do we know what he wants? Through paying heed to his commandments.

Finally, God wants us to huild a community, a dwelling place, characterized by social courage, willing to face the consequences of being inwardly and outwardly whom he has called us to be.

Hear the word of the Lord/You who are concerned about His word!

Your kinsmen who hate you/Who spurn you because of Me, are saying:

“Let the Lord manifest His Presence/So that we may look upon your joy.”

But theirs shall be the shame.

We can be sure that people and communities that are inwardly transformed in a matrix of humility, repentance and faith, and which are outwardly transformed around a framework of obedience to God’s commandments and standards, will encounter persecution and rejection of some kind, even from those closest to them.

It is human nature for some to perceive such transformation to be an implicit critique of their own ways of being, thinking, and acting, and to react accordingly.  If ours is to be a mature congregation, we must accept such social consequences of living a life that honors God.

It is by building such realities in our personal and communal lives  that we build a house for the Holy One to dwell in. Let us go forth into a future of doing just that.

1 Response to Parashat HaShavua – Building a House for God