I am grateful for the succinct comment I have been responding to in the past four postings.  My interlocutor summarized a certain brand of bold supersessionism with great power and succinctness.  And if you have been reading along, you know that I disagree with him point for point.

We come now to the end of his final paragraph, where he highlights two ideas. First he says that “developments in the modern Middle East have [no] direct theological implications.”  To such a statement one must ask “And how does he know this?”  After all, he is making a bold and categorical statement.  How does he know?

Actually, he doesn’t.  His “evidence” for this dismissal is his theological construct which, as we have demonstrated, negates the continued chosen status of the Jewish people and invalidates the life of Torah faithfulness.  For my interlocutor, when it comes to the Jews as a people and the Jewish way of life as a way of life, “there is nothing to be distinct about.”  In terms of holy calling, holy status, and holy way of life, the Jews are extinct, theological dinosaurs. 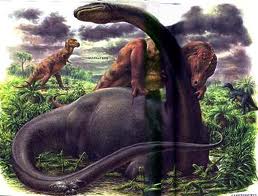 If one accepts such a premise, God forbid, it is a small step to dismissing the claim of a continuing divine grant of a Jewish homeland as also being without substance.  But as is apparent from an earlier posting of mine (see here), I view Jewish tenancy in the Land to be a living theological datum. My conclusions are consistent with my theological presuppositions, as are my interlocutor’s conclusions consistent with his.

In his final statement he issues an appeal: “I implore you to abandon this sectarianism and embrace the rich blessings of the orthodox Christian faith.”

I am afraid I cannot accommodate him, nor do I agree that his construct is “the orthodox Christian faith.” Rather, one could argue that his construct is what he terms my position to be, sectarian–a deviation from the norm.   And if the truth of the gospel is as he has been saying it is, embodying a divine abandonment of the Jewish people, their way of life, and their homeland, I would be ashamed to embrace such a “gospel” which is not good news at all, at least not for the Jews.  Nor should anyone ever blame Jews for rejecting such a message, regardless of the proof-texts offered as an incentive. No self respecting Jew should embrace a message predicated on divine abandonment of the people whom God called forth from the loins of Abraham, to whom He vowed his everlasting love, and of whom Paul says “they are beloved for the sake of their forefathers. For the gifts and the calling of God are irrevocable.”

And THAT is good news for the Jews.