Reflections on a Chilling Comment – Part Two (Speaking of “Spiritual”)

This posting follows upon a previous one in which I reference a comment I recently received which I term “chilling.” I contend that this comment expresses a kind of cold-blooded, take it or leave it jettisoning of the Jewish people, locking them outside the Father’s house where they were born, telling them they cannot come back in unless they scream “Please Jesus!,” while insisting that when they get back in they won’t find it quite the Jewish house it was when they were expelled but someone else’s house! 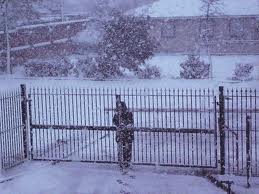 I mentioned as well that what bothers me most about the comment is that someone as theologically motivated and intelligent as is the writer could say such things about the people of Israel and God’s relationship with them,  and then simply go back to sipping a nice cup of Earl Grey’s.

I take exception to nearly every aspect of the commentator’s words, and while acknowledging my incapacity to deal comprehensively with all aspects of his presuppositions and intimations, I do want to establish for you, my readers, a trajectory of protest.

Jewish believers are not a distinct chosen people in a spiritual sense.  Christ has come and God destroyed the temple two millenia ago. There is nothing to be distinct about.

Spiritual Israel is now — and always was — God’s people who trust in the Messiah for salvation.  Jacob is an exemplar of election and all believers, Jew and Gentile, are his spiritual children.  Jesus has grafted believing Gentiles into Israel and expelled the physical seed of Jacob who rejected Him. The synthesis is called Christianity and its people are the Church.

While Jewish believers may feel free to maintain respect for their ethnic heritage, that simply isn’t an explicitly religious issue.  Nor do developments in the modern Middle East have direct theological implications.  I implore you to abandon this sectarianism and embrace the rich blessings of the orthodox Christian faith.

Let’s begin for today with the word “spiritual,” which our commentator uses three times saying that “Jewish believers are not a distinct chosen people in a spiritual sense,” that “spiritual Israel is now — and always was — God’s people who trust in the Messiah for salvation,” and “all believers, Jew and Gentile, are his spiritual children.”  In each case, his intent is to blunt the edge of Jewish chosenness in view of overriding “spiritual” realities.  But is he using the term “spiritual” as Scripture does?  Come and see.

The word spiritual is a bit touchie-feelie: but what is its range of meanings in the Bible?Spiritual (the Greek is pneumatikos) is a term used in the Newer Testament but not the Older.  It generally refers to manifesting the attributes of spirit (such as “spiritual hosts of wickedness in the heavenly places” – Eph 6:12), being made in the image of God who is Spirit, or being influenced by the Holy Spirit.  There is only one example of a more metaphorical use of the term in the Newer Testament,  in the very metaphorical Book of Revelation, which speaks of “the great and wicked city spiritually called Sodom” (Rev 11:8).

With this one exception the term pneumatikos/spiritual refers to non-corporeality, to likeness to God, and to being influenced by the Spirit of God.

With this in mind, what then does it mean to say that “Jewish believers are not a distinct chosen people in a spiritual sense?”  Not much I am afraid.  Jews are and remain a distinct people. Even Yeshua, who as the Second Adam was raised “a spiritual body” (1 Co 15:44-45) remains “the Lion of the Tribe of Judah” (Re 5:5), and “the Root and Offspring of David” (Re 22:16). The Risen Messiah is forevermore a Jew-boy, if I may put it bluntly. His body is “spiritual” insofar as being its being infused and transformed by the Spirit, but he took pains to remind the Apostles that he remains corporeal (and thus a Jew) nevertheless, because “a spirit does not have flesh and bones as you see I have” (Lk 24:38).

Just as Yeshua remains a Jew, so the Jewish people remain a distinct people: covenantal, significant, chosen.  Inserting the word “spiritual” into the equation may obscure much, but it does not alter the covenantal meaning of  the term “Israel” nor legitimize the vacating of that term for the physical descendants of Jacob.

The term “spiritual Israel” refers foundationally to physical Israel seen from the vantage point of Holy Spirit endowment, infusion and we might say “elevation.”  The term “spiritual” cannot and ought not legitimately to be used as meaning “Israel, but not the Israel YOU are thinking of, but Israel in a different sense.”  Our commentator may wish to use it that way,  as do many others, but the Bible, at least my reading of it, begs to differ.  The term “spiritual” refers instead to “manifesting the attributes of spirit,  being made in the image of God who is Spirit, or being influenced by the Holy Spirit.”  “Spiritual Israel” is physical/covenantal Israel touched by the Spirit, not a new kind of Israel.  And while some may wish to join George Lindbeck in extending the category to Gentiles who become part of the Commonwealth of Israel thereby becoming themselves “non-supersessionist Israel,” we should honor his instinct in recognizing that extending the category “Israel” to those who thus become part of the Commonwealth does not supplant or nullify the status of the descendants of Jacob, any more than Canada’s status nullifies that of Great Britain.

As for all believers Jew and Gentile being God’s “spiritual children,” if by that one means that such persons are children of God through the work of the Holy Spirit, you will find no disagreement here. But that has nothing to say about or to do with the alleged vacating or transcending of the chosen status of the physical descendants of Abraham, Isaac and Jacob, of whom Paul says, even in a temporary state of opposition to the gospel, “they are beloved for the sake of the fathers (patriarchs).”