I found a recent comment on one of my postings to be so significant as to warrant some postings by way of reflection and response.  The comment epitomizes a certain kind of hard-line supersessionist mindset. (See the original comment in context here).

Jewish believers are not a distinct chosen people in a spiritual sense.  Christ has come and God destroyed the temple two millenia ago. There is nothing to be distinct about.

Spiritual Israel is now — and always was — God’s people who trust in the Messiah for salvation.  Jacob is an exemplar of election and all believers, Jew and Gentile, are his spiritual children.  Jesus has grafted believing Gentiles into Israel and expelled the physical seed of Jacob who rejected Him. The synthesis is called Christianity and its people are the Church.

While Jewish believers may feel free to maintain respect for their ethnic heritage, that simply isn’t an explicitly religious issue.  Nor do developments in the modern Middle East have direct theological implications.  I implore you to abandon this sectarianism and embrace the rich blessings of the orthodox Christian faith.

When I received this comment I was both frightened and chilled to the bone. 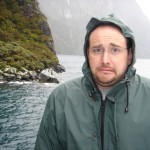 At first I couldn’t put my finger on why I was frightened.  I suppose the most obvious reason is that the comment embodies a threat that unless and until I embrace the author’s perspective, I am wandering off where naught but judgment awaits me.   Even when we may reject what someone says, the tone can get to us: and his tone got to me. But why chilled to the bone? Because this comment expresses a kind of cold-blooded, take it or leave it jettisoning of the Jewish people, locking them outside the Father’s house where they were born, telling them they cannot come back in unless they scream “Please Jesus!,” and when they get back in they won’t find it the Jewish house it was when they were expelled but someone else’s house!

What bothers me most about the comment is that someone as theologically motivated and intelligent as is the writer could say such things about the people of Israel and God’s relationship with them,  and then simply go back to sipping a nice cup of Earl Grey’s.  I prefer to give the author the benefit of the doubt, and take Yeshua’s words as my own: “Father forgive them, they know not what they do.”

There is so much theological freight imbedded here.  It is challenging to even attempt being comprehensive in teasing out the presuppositions and implications.   I invite you to try and do so.

As I publish some postings reflecting on this featured comment, I may find myself theologically bested by some of the giants lurking out there in Webland, but I can do what I must do, and that is, register some protests along the way.

Being away from my books at the moment (sigh), in the best place there is, Jerusalem (Hallelujah!), I will be peeling back what I am terming this “Chilling Comment” layer by layer in a few postings to follow, using as tools only what I have on my hard drive, can find lying around and on the Internet, and most of all, in the Book of Books, the Bible.

From the City of Cities,

5 Responses to Reflections on a Chilling Comment – Part One (Introduction)