Inconvenient Truths is a series of intermittent postings highlighting concepts calling  for changes in thought and action resisted, deplored, or denounced by some. 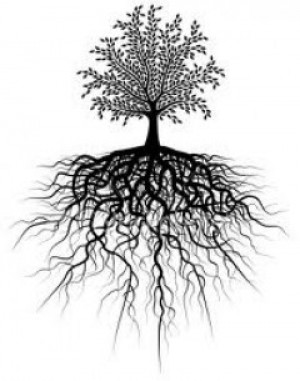 Many Jewish Yeshua believers have deep roots in dispensationalism.

Dispensationalism is a theological system which holds that God has worked at different periods of history (dispensations) in different ways, testing humankind as to its faithfulness on different grounds in each dispensation, normally seven in number. According to Charles Caldwell Ryrie, one of its most noted proponents, dispensationalism’s sine qua non is an iron-clad distinction between Israel and the Church, which dispensationalists contend sets them utterly apart from covenant theologians, who are by contrast supersessionists, adherents of replacement theology, holding that the Church is the new Israel, replacing or superseding the descendants of Jacob. But even though they disparage and distance themselves from supersessionism/replacement theology, dispensationalists fail to note how supersessionistic presuppositions are imbedded in their own system, robbing Israel’s chosenness of its substance and meaning.

Defining the term then,

Cryptosupersessionism is an unconscious and entrenched cluster of presuppositions held by those who, even when rejecting supersessionism, assume the expiration or setting aside of those identity markers that formerly applied to the Jewish people, effectively nullifying Israel’s unique chosen status in whole or in part.

Cryptosupersessionism is the more powerful because it is unconscious.   As stated, even those who strongly reject supersessionism can and do evidence supersessionist assumptions, the covert legacy of well-established theological traditions, such as dispensationalism.

Here’s an example of a cryptosupersessionist assumption:  Cryptosupersessionists contend that the Law of Moses/Torah has been nullified, allegedly replaced by the Law of Messiah (Galatians 6) which serves as a substitute standard of righteousness for all Yeshua believers, Jewish and Gentile.  However, if the Law of Messiah replaces the Law of Moses, becoming the uniform standard of righteousness and rule of life for Jewish and Gentile Yeshua believers, how are Jewish Yeshua believers actually rather than simply rhetorically a distinct chosen people?   Clearly, such a position robs Israel’s distinct chosenness of its force.

The issue revolves around this question: what changed with the coming of Messiah?  Those who hold that Torah expired as a covenantal way of life for Jews, who understand Romans 10:4 to be teaching that Messiah is the termination rather than the goal of the Law, hold that Torah, as valued as it once was, has now served its purpose and is expired. It can instruct us morally, but it is no longer mandatory, and need no longer be obeyed by Jews as a covenantal and communal way of life now that Messiah has come.

Especially since E. P. Sanders wrote Paul and Palestinian Judaism, adherents of what is termed “the New Perspective on Paul” have held that the Judaism of Paul’s day was characterized by a cluster of identity markers that distinguished Israel from all the other peoples of the world.  In the writings of proponents of the New Perspective, these identity makers are also called “badges” or “boundary markers,” indicators of Israel’s distinct status in contradistinction to the Gentile nations. Among these are ritual circumcision, food laws, the festivals of Israel, and the sabbath that set the Jews apart from the other nations.

Sometimes, when you meet cryptosupersessionistic Messianic Jews, you may find their Jewishness seems pale and bleached out.

Perhaps now you better understand why.